We had two kids, Owen, who was 5 years old, and Nora, who was 2 years old. When we got pregnant with our third, we were surprised as it was unexpected, but thrilled. My husband and I were certain it was a boy. The pregnancy was very similar to Owen’s. They were both breech, I craved similar things, and the baby moved similarly to Owen. Therefore, we discussed girl names rarely. We both knew the only name we liked was Halle.

About a month before Halle was born, I asked the kids what they wanted to name the baby if it was a girl.  Nora said she wanted to name her Hallelujah.  Owen said “How about Halle?  Like from Parent Trap?”

We thought it was meant to be.  And I don’t think there’s anything wrong with calling her Hallelujah.

Halle was born on April 21, 2017 via emergency cesarean section at St. Francis in Grand Island, NE. For the first hour following her birth, she was fairly alert, but required oxygen due to the traumatic birth. Although she appeared fairly typical after birth, her respiratory status and alertness were declining. About 24 hours after birth, she was flown to Children’s Hospital in Omaha for further testing. An EEG confirmed that Halle was having uncontrolled seizures and abnormal brain activity when the seizures were not occurring. After many tests and specialists over the next three weeks, Halle passed away on May 13th, 2017, She lived for 23 days; 23 days we will never forget. Tests reveal she had a genetic mutation in one of her genes. Basically, we hit the lottery in the worst way possible. No one has ever been documented with this genetic variation before.

So, why is this story important? My husband and I want to use our story to help others. Halle is no longer with us, but we want to share our trauma, journey of grief, and amazing outpouring of kindness to help others. If there’s anything we can take from this, it is that people are amazing. And if we can take part in the ripple effect to continue helping others, we will live our lives trying to do just that. 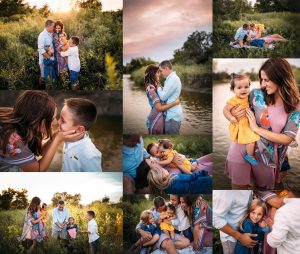 Copyright 2020. All Rights reserved.
Made with by WPlook Themes